Home » Attack On Titan » How does Attack on Titan Final Season Part 1 End? 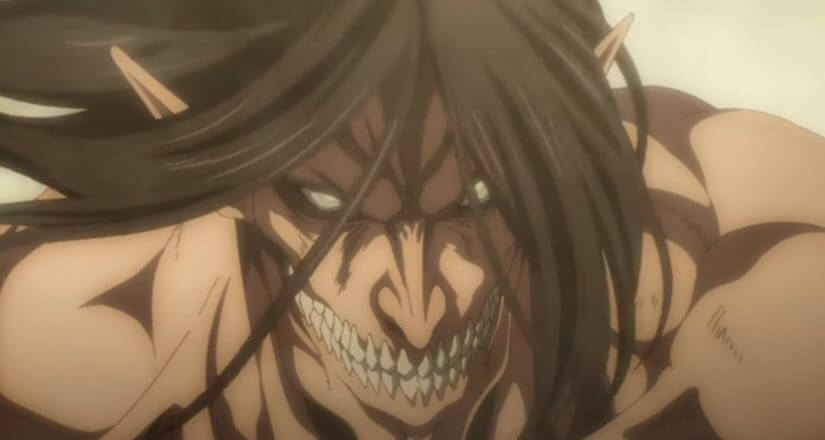 How does Attack on Titan Final Season Part 1 End?

Attack on Titan is by far one of the most engaging, well written and well-made anime series of all time. Eren Yeager’s story has reached one of the most drastic tonal shifts that we’ve ever come to see in anime history.

There has by far never been a story like this, where the main protagonist turns into such a questionable character that you regret supporting them for so long.

This is even portrayed in the series by the reactions of Eren’s friends Mikasa and Armin, who have loved him since they were kids but now are conflicted on how to feel about him.

In this article, we will talk about how Attack on Titan the Final Season Part 1 ended.

The final season started off by showing the point of view of the Marleyans and their everlasting wars with different nations.

There we are introduced to a bunch of new characters who are supposedly warrior candidates, Gabi and Falco. Reiner and Zeke Yeager soon make their appearance, along with Pieck (The Cart Titan) and Poco (The Jaw Titan).

We see the titan shifters in full action throughout the first episode, after which the next few episodes focus on Reiner’s PTSD after the events of the first three seasons.

Soon after, we see that Eren has infiltrated Marley. He pretends to be a war veteran with Falco and asks him to deliver a bunch of messages, that Falco definitely helps him out with unknowing who he really is.

After a few episodes, at the end of Episode 4, Eren meets Reiner.

From there, Eren launches a full scale assault on Marley’s Liberio district and kills hundreds of people, the Eldian Scouts arrive just in time to help him out. Levi and Hange, along with Mikasa, Armin, Jean, Sasha and Connie all arrive to the Liberio District.

In this battle, Eren devours the Warhammer Titan and wins the Assault of Liberio. Unbeknownst to the Scouts, Gabi and Falco become stowaways in their zeppelin and Gabi shoots Sasha. Before she dies, her last words are “Meat”.

The series then takes a hugely complicated turn, giving long individual moments to Gabi and Falco, along with Mikasa, Armin, Jean and Connie.

There are also quiet moments between Zeke and Levi where they both show how much they hate each other. This culminates in a final arc, where the Yeagerists blow up the office of Premier Zachary, and take over the city and its prisons.

Holding Armin, Mikasa, Connie, Hange and Jean in a prison, Yelena controls everything under the commands of Zeke and Eren who have been working together. The attack on Marley was a coordinated attack from Eren and Zeke.

Zeke has soiled the entire country’s noblemen’s wine with his spinal fluid, and can turn everyone into a titan in a moment’s notice.

He turns Levi’s entire squad into Titans, which results in an epic battle between him and Levi with Levi coming out on top. However, Zeke blows himself and Levi up at the end of Episode 15.

Soon we realize that Pieck has infiltrated the city, she saves Gabi as the Jaw Titan attacks Eren at the roof of the prison. Zeppelins surround the entire city of Shiganshina, as Eren and Reiner stare at each other.

What’s next for Attack on Titan?

Well, what’s next we’re unsure of. It is Attack on Titan, you can never be sure what Isayama has in store for us. However, we know this for sure that there is going to be a lot of action coming our way at the start of Part 2.