Home » Attack On Titan » Who is the Beast Titan? 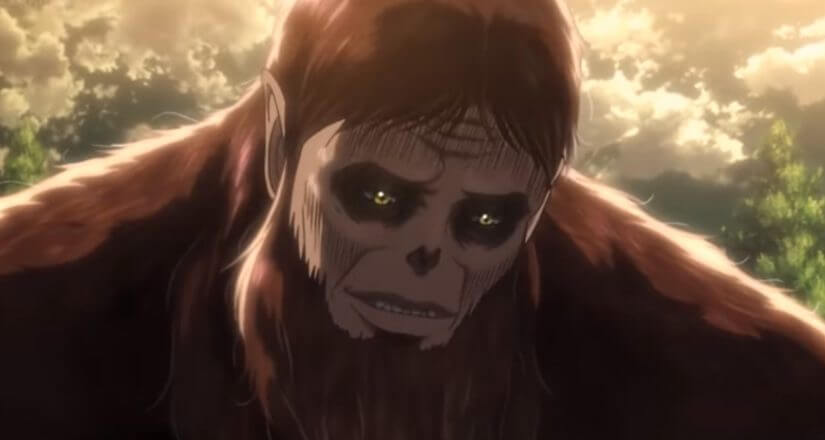 Who is the Beast Titan?

Attack on Titan is a series that consistently manages to subvert our expectations, after keeping us at the edge of our seats for a whole season worth of time.

It’s not surprise that Hajime Isayama has been one of the most influential manga writers of our time, and Attack on Titan is living proof of that.

It has managed to become one of the most popular anime of all time, surpassing western live action shows in terms of rating on the Internet Movie Data Base.

One of the mysteries that Attack on Titan managed to keep hidden for two seasons was the identity of the Beast Titan.

Who is the main within the Beast Titan?

In the third season, the beast Titan’s identity is revealed as Zeke Yeager. Yep, it turns out that Paradis Island’s hairiest enemy is none other than Eren’s very own older half-brother. Eren and Zeke are both children of Grisha Yeager, who tells us about how he pushed Zeke to the very edge in his memoirs.

Who is Zeke’s mother you ask? Well, remember that titan that kept smiling? Yep, the one that ate Eren’s mother, and Hannes, and the one that Eren used to basically annihilate Reiner during the fight at the end of Season 2?

That’s Diana Fritz, Grisha Yeager’s first wife and the mother of Zeke, and step-mother of Eren.

Who is Zeke Yeager?

Zeke and Grisha, as well as Diana are from Marley, a nation that has been on full out war against the Paradis Island without the people even knowing about it.

Marley’s war against the Paradis Island inhabitants has been going on for centuries, and Zeke is a direct part within it.

Zeke joined the Marleyan authorities, and rose up to become the holder of the Beast Titan.

He managed to climb the ranks and become the War Chief of the titans, and is the main person responsible for the Bertholdt, Reiner and Annie’s secret invasion of Paradis Island.

Zeke is a highly intelligent planner, who can also shift people with his special spinal fluid within them with just his scream.

What happened to Zeke as a child?

When Zeke was very young, Grisha forcefully volunteered him for the Marleyan volunteer military training program where he would train to become a Titan Shifter.

He wanted to use Zeke as a mole within the Marley government, just so he could have an inside man in the government to destroy it from within.

You see, Grisha was the leader of the Eldia Restorationist Movement, a rebellious group of Eldians who want to take Marley down.

However, Grisha’s overly aggressive and mentally abusive behavior with Zeke made him turn on his father, leading to Grisha and Diana being caught.

This lead to Diana being turned into a dumb brainless titan and Grisha ended up being saved by Owl and received the Attack Titan.