Home » Death Note » What Happens at the end of Death Note? 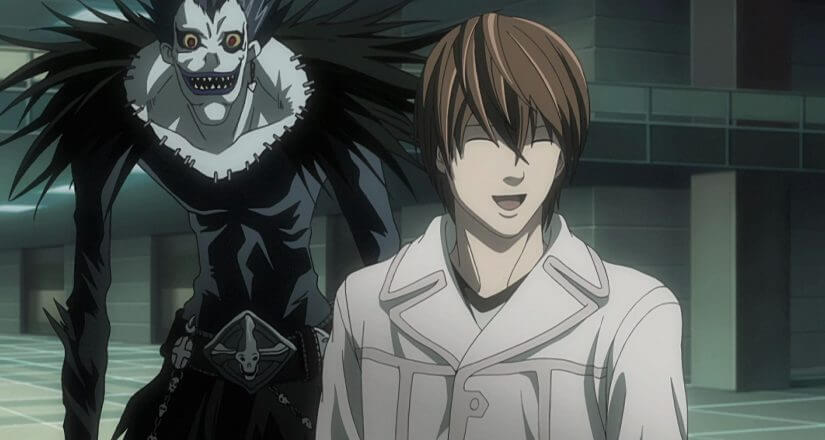 What Happens at the end of Death Note?

Death Note is quite an incredible series. It’s a complex amalgamation of different characters, with basically the same goals as most normal people would have but are caught in a loop of too much power.

The reason why Death Note became such a sensation isn’t because it did something profoundly original, but because it pulled at our heartstrings by making Light’s character something we could all relate to.

Who wouldn’t want to take out the evil doers and rid this world of sin?

So when Light’s journey came to an end, we were all obviously saddened. However, it wasn’t just sadness because Death Note’s ending came as a shock to many… Let’s talk about it.

The events at the end.

Light Yagami gets exposed as Kira by his fellow comrade Near. Once caught during a showdown, he breaks down and starts to laugh as hard as he can, almost as if he had lost his mind.

He then confesses that he was Kira all along, and that they were right. He suddenly pulls out a piece of the Death Note hidden in his watch and begins to write Near’s name on it.

However, his attempt fails as Matsuda puts a bullet through his gut and injures him fatally. Mikami, Light’s believer and follower can’t handle seeing Light in so much agony, writhing on the floor while gasping for air. Mikami just kills himself right there on the spot.

Ryuk sees how much Light is suffering, and he writes down Light’s name in the Death Note, just like he promised at the start of the series.

However, at some point during all that bloodshed, he lost the purpose and just kept on going with it. He got tunnel vision regarding his idea of the perfect world, and he enforced his ideals onto everyone and those that rejected it would be killed.

L for example is one of the very few people who rejected it from the very start, and Light took that as an attack on his ego.

The time when Light gets fooled into revealing where he is from, he swears to kill L no matter what which just shows that he had lost himself a while ago. As they say, these violent delights have violent ends.

Was Ryuk just using light for entertainment all that time?

Short answer is quite honestly, yes. Ryuk spoke openly about it from the very beginning and made it clear that he had no interest in Light’s plans aside from the fact that it would be amusing to him.

Being a Shinigami, he managed the Death Note under a lot of different people and Light was no different to him than that.

However, at the end of the line you can tell that Ryuk had gotten accustomed to being with Light.

He puts him out of his misery by writing Light’s name in the Death Note at the very end too, showing that while he was amused by the human, he still ended up caring for him in at the end of it all.

That’s all the relevant, spoiler-free information that you need to know about the end of Death Note and Light Yagami’s journey!

What Episode Does Ace Die?
3

When does the timeskip happen in One Piece?
9