Home » My Hero Academia » How Old is Dabi? 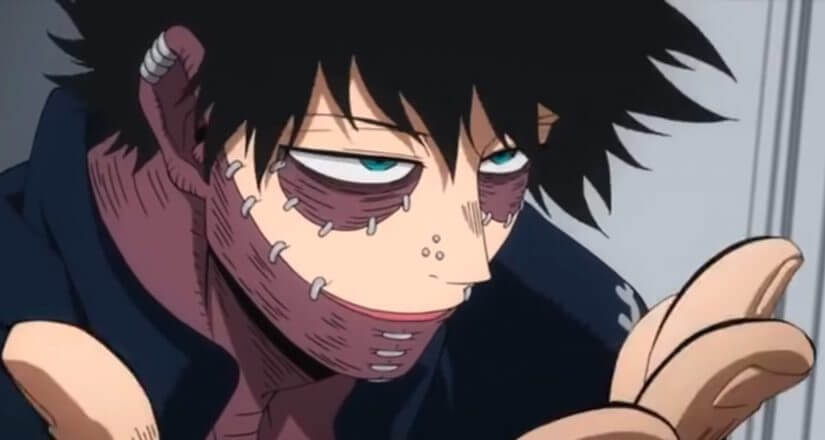 If there’s one thing that ever learned from religiously watching, reading and consuming that much My Hero Academia is that the characters in this series are untouchable.

You just simply cannot find a better cast of characters elsewhere. Every single one of these characters is unique, with their own special abilities as well as their own motivations, passions and aspirations.

One of such characters is Dabi, who gathered so much attention due to his epic design and his support cool abilities, not to mention he’s just so cool!

So, with the increase in Dabi’s popularity as an anti hero, there are bound to be tons of fans wondering about Dabi! So, let us tell you how old he is, what his ability is and what’s he all about!

Dabi was born as Toya Todoroki, meaning he’s the soon of Endeavour, the number one Pro hero. Now that also means he’s the brother of one of the most important characters in the series; Shoto.

Yet he’s considerably older than Shoto, who is just a young teenager in the series at the moment.

Well, unlike most of the others in the show; Dabi is not a young student which means that he’s not in his mid teenage age.

He’s actually a villain for the most part, which is why he’s much older than the rest of the characters.

Dabi was age fifteen when he was said to have died, however after nine years, now he’s 24 years old and ready for some angry vengeance against… Well, everything I guess.

Dabi is actually the first born son of Endeavour; our resident number one hero! Dabi was presumed dead in a fire when he was very young.

He used to heavily care about his siblings Shoto, Fuyumi and Natsuo; but after witnessing his interaction with Shoto in the Paranormal Liberation Arc; it seems that Dabi has lost that affection completely.

Now, his entire purpose as a member of the League of Villains is to bring his father, the number one hero Endeavour down.

What is Dabi’s Quirk?

Dabi’s quirk is called Cremation. This quirk allows Dabi to generate powerful blue flames which are considerably more dangerous than the normal flames.

Dabi’s control over his highly powerful quirk has made him extremely good in locking down huge areas.

He uses his hazardous flames to great ranges, and locks down ALMOST the entirety of the forest during the Camp Arc.

What Episode does Sasuke get his Rinnengan?
Jougan Abilities Explained