Home » Naruto » How fast is Naruto? 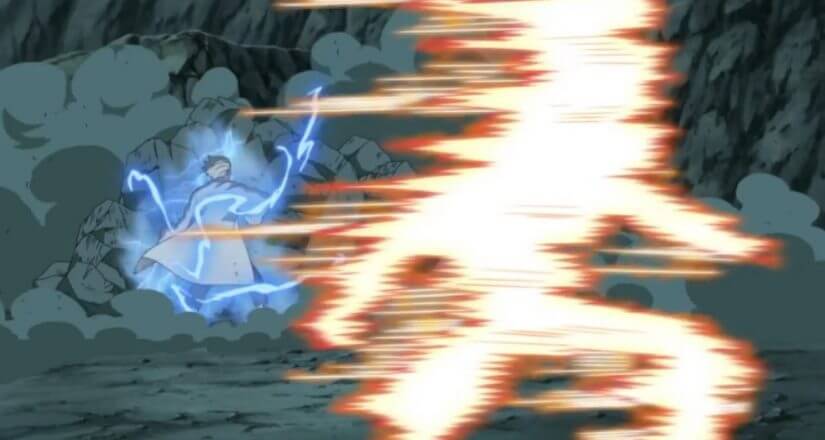 How fast is Naruto?

Naruto has grown stronger throughout the original Naruto and Naruto Shippuden series. However, along with strength, his speed also saw a dramatic increase.

We can’t really use a speedometer to detect Naruto’s swiftness, but we can get a good idea of how fast he is relative to other characters.

Since Naruto grew in speed as he grew older, I’m going to tell you how fast is Naruto throughout the entire Naruto and Naruto Shippuden series.

How fast is Naruto in the original Naruto series.

In the original Naruto series, Naruto was featured to be an ambitious 12-year-old aiming to become the Hokage. Let me start off by saying, even though Naruto was the son of the fastest Shinobi of his time, Naruto never really relied on speed to win duels.

Instead, he relied on overpowering people with a large number of shadow clones. Many of his peers that relied on hand-to-hand combat were faster than Naruto. Rock Lee was without a shadow of a doubt the fastest amongst the lot.

Sasuke had Sharingan which gave him superior reflexes and Neji was around better at hand-to-hand combat because of his Byakugan. So naruto was left pretty far behind initially.

However, as the series progressed, Naruto’s speed grew, especially when he was in rage mode and the chakra of the Nine-tailed fox was being used.

How fast is Naruto in the Naruto Shippuden series.

The Naruto Shippuden series takes place after a 3 year time skip from the original Naruto series. Naruto was shown to have grown a lot since he was training with Jiraiya during the time skip.

Needless to say, that both his speed and strength grew. In fact, it grew enough for him to go toe to toe against Kakashi himself. Soon after, Naruto surpassed his mentor Kakashi after mastering the Rasen shuriken.

After he had mastered the Rasen-shuriken, he was faster than pretty much all his peers. However, during the Pain arc when Naruto mastered sage mode is when he truly became the fastest in his village.

The thing about the sage mode is that naruto collects energy from nature itself and utilizes that energy. That energy is translated into both speed and strength.

Naruto vs the Raikage: Naruto became the fastest?

In the Naruto Shippuden series, Naruto went head to head with Raikage, who was currently the fastest ninja alive in the Allied shinobi force.

Naruto managed to maneuver the Raikage in the fight, and from that point onwards, they didn’t continue the battle as the raikage had seen what he wanted to see in Naruto.

He saw the reflection of the only man who had ever been able to outmaneuver him, Naruto’s father, the Fourth Hokage.

Is naruto faster than the speed of light?

By the end of Naruto Shippuden, Naruto had complete mastery over Kurama’s chakra and had also received sage of the six path powers by Hagoromo.

There is this one particular moment in the Naruot Shippuden series that caught my attention, and it’s when Madra uses his Gale style: fang of light. The thing about this attack is that its supposed to be a fast as light, and Naruto actually dodged it.

Would this mean that naruto is faster than the speed of light? Not really, as Naruto has great instinct so he might have anticipated the attack of Madara, but still, the fact that dodged it would mean that his speed is very close to the speed of light.

When does the timeskip happen in One Piece?
9