Home » Naruto » What Episode Does Guy Open the 8th Gate? 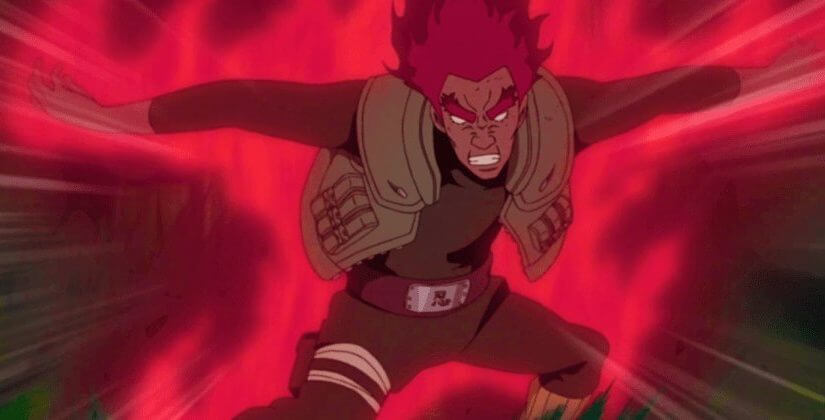 What Episode Does Guy Open the 8th Gate?

Make no mistake, Naruto’s saga is humongous. It’s a very lengthy series that divulges into Naruto Shippuden, which is even longer!

That is something we love about this series though, as it gives the creators so much more time to expand on its large cast of characters and give them ample amounts of screen time.

The more we see these side characters and their stories the more connected we feel with them, which is something that has always resonated with me as a person. One of such stories is Guy’s story.

Guy’s story is very connected with his father’s story. His father plays a huge part in giving him the 8th Gate. However, he creates his very own path for the first time, when he goes up against Madara.

This fight is considered as one of the very best fights in Naruto history, period. Not to mention, it also gives us the chance to see the Eight Gates formation for the very first time in the series.

What is the Episode Number and Title?

Guy opens the 8th gate of death for the very first time in Naruto Shippuden episode number 419, This episode is considered as one of the most furious fights in Naruto’s long lasting run.

This episode is particularly titled ‘Papa’s Youth’, you might not think that it is relevant at the moment but if you keep on reading it will be explained.

How does Guy Open the Eight Gates?

This was no secret that Madara was extremely powerful. Guy was practically no match for him; however he had the willpower to keep on going.

This was Guy’s weakness, and his only strength against Madara, the ability to never give up would be his salvation.

However during the battle, Guy seems to be much weaker in comparison to his much stronger opponent. so he schemes a plan to use the 8 gates of death formation against Madara.

Guy uses this technique to charge head on, he attempts to take each of his opponents down with sheer force, maneuverability and technique.

The episode then seemingly diverges into multiple flashback sequences which are about Guy as he grows up while living a mundane life with his father.

How does Guy Learn the Eight Gates?

The eight gates of death are a forbidden technique which was bestowed to guy from his father, Duy.

His father was not much of a fighter instead he was a normal mundane human being just like most other people, in a rural village.

The flashbacks show us that guy was actually embarrassed whenever he saw his father doing mundane and menial tasks.

However Kakashi was able to help him see, that his father being normal is not a bad thing at all and he is actually in fact a great guy.

One day Guy’s father takes him into the forest and teaches him a forbidden technique, it is called the 8 gates of death. This technique was passed down generation to generation in Guy’s family.

How does the Eight Gates Formation Work?

The Eighth Gates give you a massive increase in chakra reserves, as well as the ability to use an increased amount of chakra all at once.

This can be a powerful tool in taking down any opponent, and doing anything within the fighting department. Opening this gate will cause the user’s blood to emanate a flaming aura of red steam, the so-called Steam of Blood.

It is said that once the 8th gate is open, the user cannot stop what the 8th gate propels him to do. In the case of guy, once he used his last attack, he was left in critical state and otherwise completely incapacitated.

However, it was also shown that his heart was still consuming the last little bit of chakra he had left.