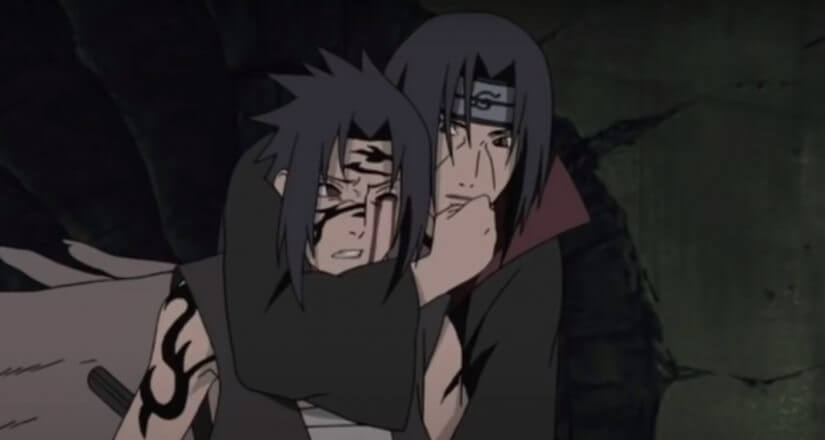 If there is one thing that we can clearly mention when talking about Naruto; it’s the familial bonds and the way they are depicted within the world of the series. There is so much conflict between each patron and member of every single clan in the world of Naruto that it becomes overwhelmingly hard to see who is in the right.

Whether it’s the story of Naruto and the Konohagakure patrons, Rock Lee and the Lee clan patrons, Hinata and the Hyuga clan’s ways, and finally our boy Sasuke and the Uchiha clan’s patron Itachi Uchiha; there is always conflict.

The conflict between Itachi and Sasuke is something completely different to what people expect though, because there is no right or wrong, and most of the time it is Sasuke who is in the wrong. Itachi on the other hand is molded by his ways.

So this mental and physical conflict is what makes most of Sasuke’s arc. So, what episode does this fight take place in? how does it start and what happens after the dust has settled? Let us explain!

What Episode Does the Fight Take Place in?

The battle between the two estranged and broken brothers takes place in Naruto Shippuden’s sixth season. This is the battle where Sasuke fights Itachi for the very last time in the series, in the episode number 135 of Naruto Shippuden.

The episode is titled as “the Longest Moment”, which explains the inner pain that Sasuke feels as he’s fighting his very own flesh and blood; his brother Itachi.

How does the Fight Start?

There is a flashback scene that leads up to the legendary battle; it shows every single event that lead to Itachi killing all of the members of the Uchiha clan including his parents.

It shows that Sasuke was out doing training, and he arrived home to see his parents being dead and a blood covered Itachi who confesses that he had killed them and the rest of the clan as well.

What Happens After the Fight?

After the battle, they find out that Itachi’s accomplice in the massacre of the Uchiha clan was Madara Uchiha. Not to mention, Sasuke is now a completely broken boy.

Before this incident, Sasuke was quiet and calm but he still had a completely pure heart with only good intentions. Yet after the battle ended, and Itachi had died; Sasuke gave up on any emotions that he ever felt.

The version of Sasuke that we see after the death of Itachi is a much more detached, morally grey version of himself, often portraying himself as an anti-hero rather than a fully-fledged heroic character that we knew him to be.

After the death of Itachi, Sasuke felt very little of anything, if he felt anything at all that is.

What Episode Does Ichigo Fight Ulquiorra?
10