Home » Naruto » Who does Naruto marry? 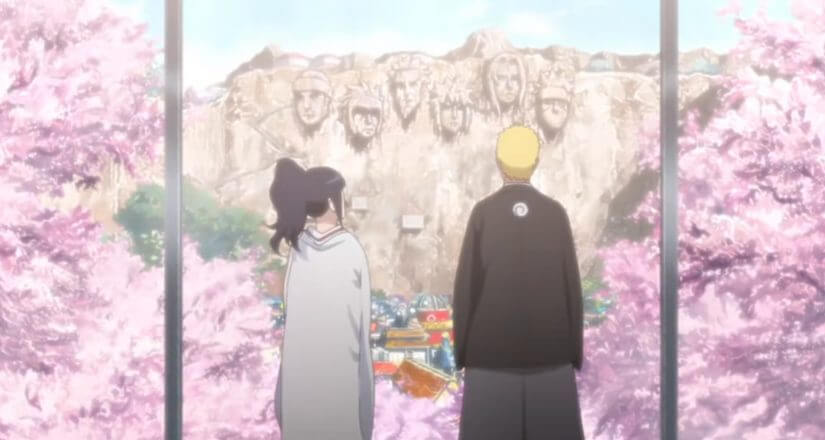 Who does Naruto marry?

Even the most action-packed Shonen anime always has some room for romance, and Naruto is no exception. Despite the central story revolving around a boy who wishes to become Hokage, it’s very clear early on that romance would be an inevitable part of the show.

The short answer to the question “Who does Naruto Marry?” is that Naruto marries a shy yet beautiful girl named Hinata. As it is with all love stories, their love was developed after they faced several hardships together.

He fell head over heels for Hinata in the end, but she wasn’t the first girl Naruto had set her sights on. In the original Naruto series, the only girl Naruto could think about was sakura.

He was no in luck, however, as the feeling was never mutual. Sakura never saw Naruto as anything more than a friend, Hinata on the other hand, always had an eye for Naruto. She would act shy around him, never actually having the courage to make the first move but showing clear signs of interest.

However, as expected, Naruto never really loved Sakura. The real reason Naruto showed interest in her was because he didn’t wasn’t to lose to Sasuke. Since Sakura was always interested in Sasuke, Naruto felt the need to win her over.

Naruto, one of the densest protagonists.

As a lifelong naruto fan, I can’t help but laugh a little thinking about the question “Who does Naruto Marry” because Naruto was a goofy Shonen protagonist for the greater part of the show.

Most Shonen protagonists are designed keeping in mind that they are meant to appeal to a wide variety of teenage audiences. So it’s no surprise that these characters are usually ambitious, funny, and very dense. Honestly, in a lot of cases marriage seemed to be out of the question.

In the end, however, we see all the childish characters grow up and get married which is one of the most wholesome things about the show especially, for the ones who’ve been with the show for years.

How did naruto fall in love with Hinata?

Throughout the Naruto series, Hinata stalked around Naruto, always curious as to what kind of person he was. She would always help her out whenever and however she could despite not being in the same team as him.

After doing one of the hardest missions of his life with Hinata, Naruto realized just how dense he truly was. He never paid any attention to the signs she would drop throughout the show. It was a great moment for the viewers but honestly, the most relieved person would be Hinata, Since her life-long love had finally answered her feelings.