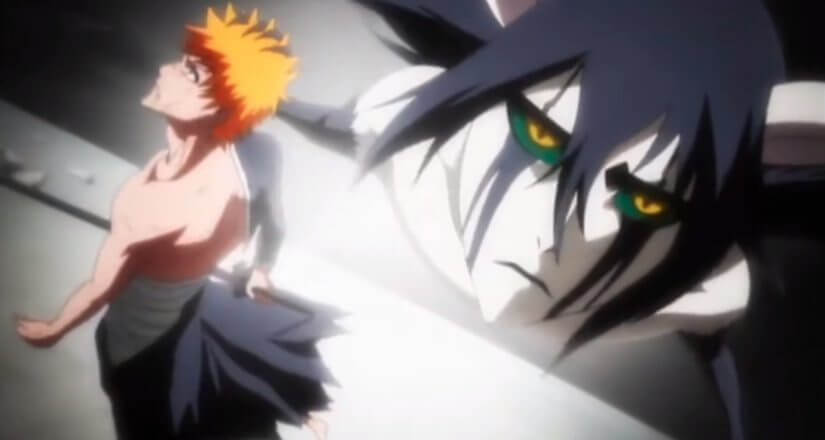 What Episode Does Ichigo Fight Ulquiorra?

There is one thing that we should always know about Bleach, and it is that this series doesn’t know how to pull any punches.

The fights in Bleach have always been exceptionally well made, they last long and each fight has outstanding choreography.

Thanks in part to the amazing animation crew working at Studio Pierrot who were responsible for making each punch, kick and slash of the sword feel weighty.

While the rest of the credit goes to the writers who have designed the arcs for these characters, arcs that lead up to them fighting and boy are they emotionally powerful!

One of such battles is Ichigo VS Ulquiorra, this is considered the best Ichigo Kurosaki fight in the history of Bleach.

So, what episode does this fight take place in? What are the events that lead up to this epic battle? What happens after the battle concludes? Let us explain everything!

What Episode Does Ichigo Fight Ulquiorra

The enthralling fight between Ichigo Kurosaki and Ulquiorra Cifer takes place in the one hundred and sixty-first (272) episode of Bleach, the anime. This battle is the very last time that Ichigo goes up against Ulquiorra, and so the episode is very aptly titled ‘Ichigo Kurosaki vs. Ulquiorra Cifer: Final Fight’.

How Does the Fight Happen?

The events that lead up to the fight start when Ulquiorra returns from the alternate dimension where Grimmjow Jaegerjaquez had sealed him inside of. He rips open a portal into one of the towers.

Orihime is the first person that Ulquiorra lays eyes upon after returning, as she was in the same tower. He stares at her creepily, and this is where Ichigo senses his presence. He tells Kenpachi Zaraki it his life’s duty to protect his friends and family.

So, Ichigo then makes his way towards the tower at full speed in order to confront Ulquiorra and save Orihime from any damage that might befall her by his hands…

What is the Aftermath of the Battle?

The battle is a terrifying back and forth between both of the characters, Ichigo being stronger however Ulquiorra being quicker on his feet and wittier.

The complication arises when Uryu Ishida joins the fight and tries to help Ichigo into winning the battle, and from killing Ulquiorra.

This is when Ulquiorra merely slashes his sword across Uryu’s chest, which propels Ichigo into a deeper rage. After a few traumatic moments, there is an explosion which leads to a weakened and tired Ulquiorra.

This is when Ulquiorra realizes that he too can be destroyed, as his body begins to disintegrate into ash, limb by limb he breaks apart until he completely vanishes.

What does this Episode Tell us about Ichigo?

It tells us two things about Ichigo, one of which is a great thing while the other might not be so great.

The good thing is that Ichigo has managed to remain the same loyal hero that we all had fallen in love with at the very beginning of the series.

He still fights as a duty to his friends and family, to protect them and give them long and healthy lives.

However, the bad news is that the darker sides within him take control over him.

This is something that happens in the future of the series too, where Ichigo does some things that are hard to justify yet the excuse that “he wasn’t in control” is always there.