Home » One Piece » What Episode Does Ace Die? 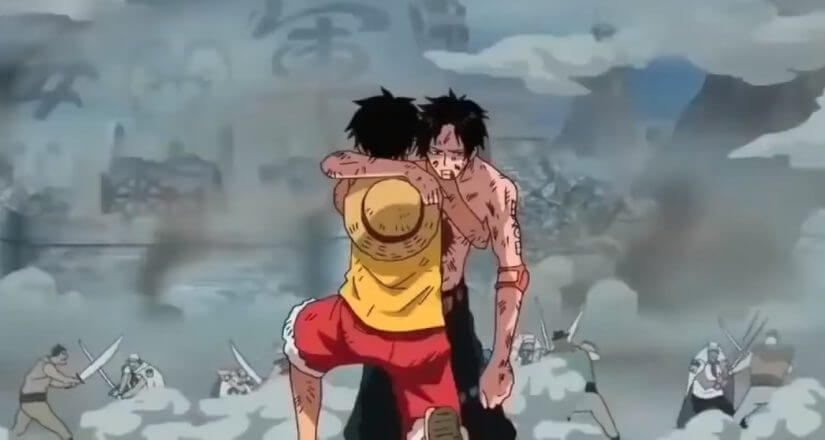 What Episode Does Ace Die?

Portgas D. Ace had been a huge part of the One Piece series, ever since it began, up until his death and even afterwards.

His character mainly revolved around being an iconic idol to Luffy and Sabo, and the biological son of Legendary Pirate King Gol D. Roger.

He also had a bunch of side stories that focused on him often, while providing him back story and personality.

Ace’s character is highly influential to the success of One Piece as a series, and the motivations of most of the characters within it.

The Name and Number of the Episode that Ace dies:

Portgas D. Ace, more commonly known among the community as just Ace; dies in the One Piece episode numbered 483.

The episode’s title was “Looking for the Answer”, while many people recognize the title of the episode as “Fire Fist Ace Dies on the Battlefield”.

This was a humongous deal in the series, and left many fans downtrodden with grief.

Ace’s character is mentioned many times afterwards, and there are even flashbacks to his character afterwards!

How Does Ace Die?

Akainu strikes Ace with a dazzling hit, which severely injures his upper body to the extent of him almost dying right then and there.

Ace gets hit by Akainu as he jumps in between the attack that was meant for Luffy, saving his life. He is then almost finished off by Akainu, however his execution is halted by Jinbe.

However, Jinbe could not hold Akainu off for any longer and then is met by Marco and Vista. Though, unfortunately even that terrifying duo could not do much, as their combined Haki attack proves completely ineffective on the lava-fisted legend.

Now, by this point Ace realizes that these are his last few breaths and he decides to go off with a beautiful monologue.

He thanks Luffy, and everyone else around him for loving him as much as they did, and he falls out of Luffy’s arms as he takes his last few breaths.

How Did Ace’s Death Affect One Piece Fans?

The fans were taken completely by shock, which then turned into grief after a few episodes as the outcome of the war had settled in.

Ace’s death was completely unexpected, most fans never thought that Oda would go through with it, however he did.

Fans were also extremely sad for Whitebeard, after all; Whitebeard had seen so many of his children die in front of him.

The moment that he realized that maybe he had saved Ace from the same fate, it was quickly taken away from him and that was the part hit the fans hardest.

The other sad thing about Ace’s death was that he himself had realized it quite a while ago, and so did some fans.

When Ace previously said; “I’m ready to accept any fate now, whether it’s the blade or a helping hand”, most fans were convinced that this was some sort of foreshadowing that Oda was throwing to mislead the fans.

However, once Ace stopped and asked Luffy to let him defend them, that was quite clear and the sadness took over.