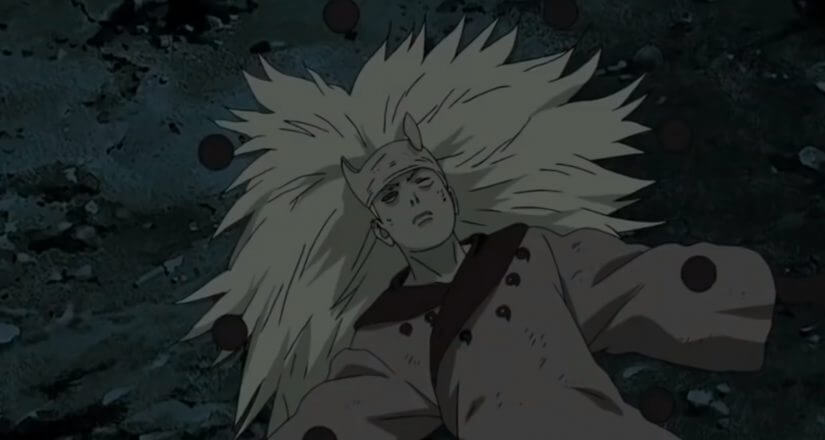 What could ever outdo some of the absolute most classic moments from Naruto Shippuden, especially ones that include Madara?!

Madara was hands down one of the best villains in the series; all of his arcs blew our minds and played with our heartstrings for a huge amount of time.

This was never more evident than it was during the fight between Guy and Madara!

The battle between Guy and Madara was one to witness, if you were there when the episodes were releasing then you probably remember the hype that was circulating around for that specific battle!

This fight changed a lot of things in Naruto Shippuden, and showed us a new side to some loveable characters that didn’t receive this level of screen time before.

So, what episode does this fight take place in how did this fight start? What was the aftermath of the fight? Let’s find out!

What Was The Episode Number?

The incredibly powerful fight between Might Guy and Madara Uchiha takes place in the latter half of Naruto Shippuden, in the episode number 418 titled ‘The Blue Beast vs. Six Paths Madara’, the fight leads into episode 419 titled “Papa’s Youth” and also episode 420 titled “Eight Gates Released Formation”.

These three episodes showcased some of the highest level of combat choreography that the creators of Naruto Shippuden had ever done, and it might have drained Pierrot of their entire budget if it was any other smaller show!

How did the Fight Begin?

The battle against Madara had been raging on, Kakashi and his group was joined by Guy. This is where Minato explains to Guy that against Madara; only Senjutsu and Taijutsu will work give them a slight chance of winning.

This is when Guy sees Madara, and he leaps into battle head first using his Seventh Gate formation called “The Blue Beast”.

The fight begins on a very sharp note and Guy starts to take on Madara. However, unfortunately for Guy it seems that Madara is a bit too strong for him.

This is when we see a series of flashbacks during episode 419, which showcase Guy learning the Eight Gates Formation from his father.

After perfecting it for 20 years, Guy finally pulls the Eight Gates Formation out and gets to battling Madara once more!

What Was the Aftermath of the Fight?

The battle is fierce; Guy gives Madara the fight of his life and manages to push the legendary shinobi back many times.

Guy gets heavily damaged while fighting Madara, but in a last ditch attempt to take him out; he uses the Night Guy technique which obliterates half of Madara’s entire body and then Guy falls out of tiredness.

Unfortunately, Madara’s enhanced regenerative abilities let him regenerate his other half very efficiently, and as he prepares to obliterate the tired Guy; Naruto jumps in to stop his Truth Seeking Ball attack.