Home » My Hero Academia » How old is Shoto Todoroki? 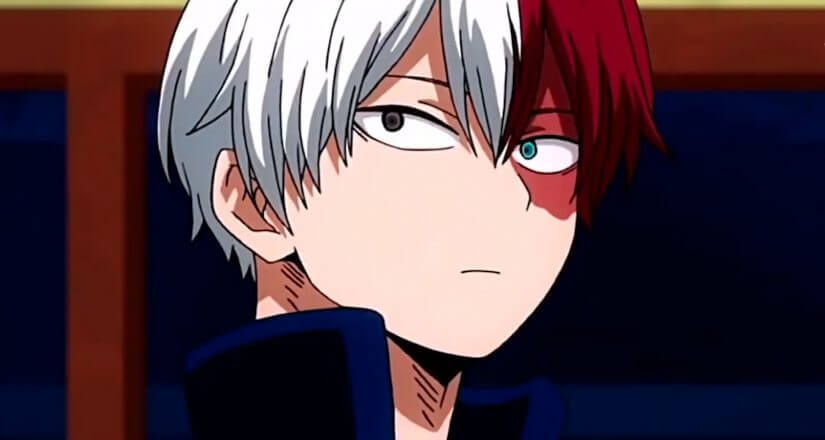 How old is Shoto Todoroki?

Shoto Todoroki is a fan favorite in the My Hero Academia universe.

In the first season, he seemed like a cold and distant character however in the second season, he gets a lot more screen time and his stories are revealed.

He’s a super complicated character, with an abusive background which gave him such a competitive and calm nature. He dedicates most of his time training to get better equipped at handling his quirk.

His hero ethics refrain him from killing anyone, so he usually just injures or freezes using his cold perk.

He makes friends during the sports festival arc, and that’s where his character starts to truly develop.

Shoto is arguably the most loyal character in the series, he stands beside Midoriya in their fight against the hero killer.

How old is Shoto Todoroki?

He’s currently 17 years old in the anime and the manga. He’s grown much stronger than he was in the first season, and the fourth season has only increased his strength.

With the fifth season of My Hero Academia just on the horizon, it seems that Shoto Todoroki is going to only get stronger and stronger with his age!

What are Shoto Todoroki Powers?

Todoroki’s quirk is that he’s half-cold and half-hot. His cold power, which is ice came from his mother. While the fire came from his father Endeavor, the Number 2 hero.

At the start he refrained from using his fire powers, and only used his cold quirk. However, during the fight against Stain he uses both of his quirks.

Shoto’s true weakness lies in his inability to controls both of his quirks at their maximum limit.

He can control them one by one, but not at the same time simultaneously.

What is Shoto Todoroki Backstory?

Shoto’s backstory is dark, even in a show such as My Hero Academia which is usually filled with light hearted hopeful content.

Shoto’s father literally married his mother just to breed a child with the quirks of both fire and ice and was abusive towards both him and her.

He has two siblings who were supposed to be just like him or him themselves, but they didn’t have the powers.

Endeavor forcefully trained Shoto for days on end ever since he was five years old. His mother would try to defend the poor boy, but it would result in her getting hit.

His mother loved him ever since he was a kid, she did cause the burn on his face although that was after she had gotten sick from all the trauma.

Shoto’s mother has been in hospital and in doctor’s care ever since, however in the second season he finally gathers enough courage so that he can finally go see her again.

He meets her and they resolve all of the conflicts that they had in the past; she also forgives him for not visiting for so long.

Because of this traumatic past with his father, Shoto refused to use his fire quirk and wanted to become number one without it, so he could deny him everything.

Just like he says: “Never using my b****** of a father’s Quirk… No.. By rising to the top without using it… I’ll have denied him everything.”