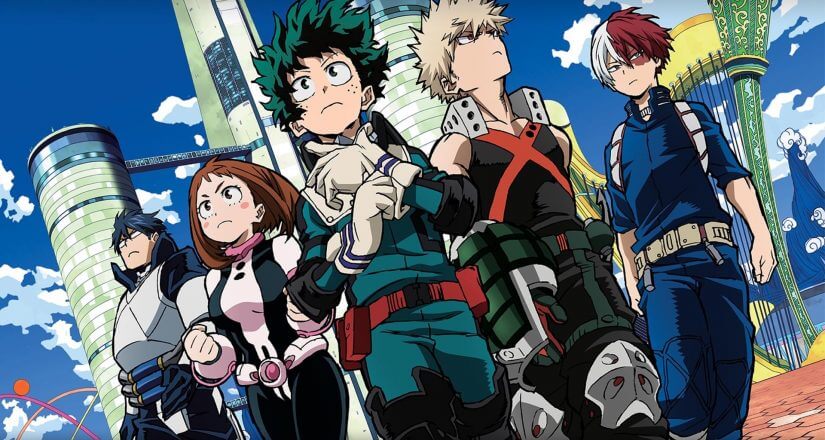 Where does My Hero Academia take place?

My Hero Academia has a weird world to say the least… This is a world filled to the brim with characters that have super-powers known as Quirks, but they are based in a more contemporary looking cityscape and environments.

There aren’t any flying cars or Blade Runner like NEON world signs; this series features a fairly normal world but with a heck of a lot more heroes than you would expect at first glance.

Where is U.A High School Located?

Just like most of My Hero Academia’s story, U.A High School is also located in Musutafu, Japan. Musutafu is a fictional city, created entirely by the series’ creator Kohei Horikoshi.

The city doesn’t have anything that defines it though, other than U.A High School.

It’s a relatively ordinary city, with not many sights to see or even cityscapes to admire. It doesn’t even have a lot of great views, honestly.

If you take the train from Musutafu, it’ll get you directly to Tokyo in less than two hours, maximum. It doesn’t stand out in any way, shape or form but the one thing it has that other cities don’t is; U.A High School.

What year does My Hero Academia Take Place In?

Well, now this is a complicated question to answer. Since there is really no actual dates or time-stamps that are shown in the manga or the anime, we can’t be certain of the series’ exact date.

However, there is a specific theory that explains it quite well in our opinion; and it all started with the glowing baby.

We’re not sure of what year that happened, however when that specific moment is shown the technology looks quite similar to ours.

So, by estimation laws we will put the date of the glowing baby’s first appearance as 2014, the year of My Hero Academia’s manga publication.

Then there’s the appearance of All for One. It likely took a while for the world to react to the glowing baby, and keep in mind that All for One emerged 10 years after the baby was sighted.

We know that Izuku belongs to the fourth generation of the quirk society, and if Izuku was born early in his generation’s time.

We can safely say that Izuku’s birth happened 110 years after the appearance of All for One and his quirk fiasco.

Putting our theory to; My Hero Academia takes place sometime in the 2150s.

How is the technology like ours if it’s so in the future?

Well, this is an easy question to answer. The sudden appearance of quirks would have completely halted advancement in the technological fields.

Humans popping up across the globe with unnatural powers would be more than enough controversy to last us for ages.

The normal human level of reaction to that would be to find a sensible solution to it, as we would consider it a threat at the start.

After a bit, we would consider it an illness and begin to search cures for it and a bit after that we’d perhaps accept it.

The government would definitely be investing a lot of money into these beings though, either for military use or just to keep them around in case things go sideways with other Quirk users.

That’s all the relevant, spoiler-free information that you need to know about the place and time period that My Hero Academia takes place in!