Home » One Piece » How Tall is Brook? 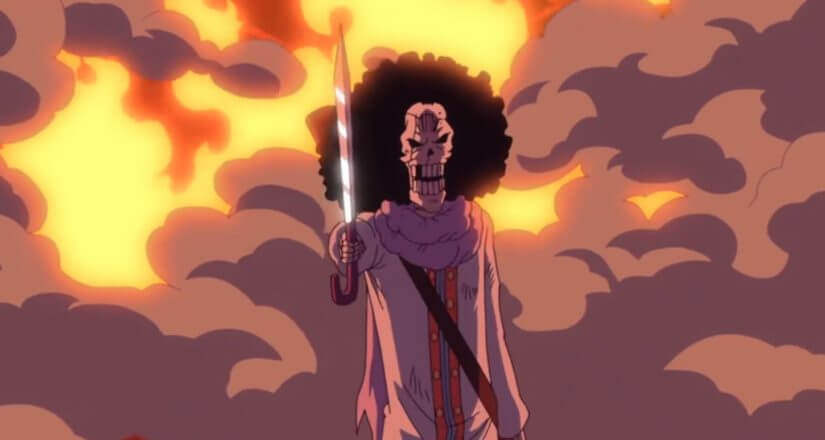 How Tall is Brook?

One Piece is known to have a plethora of whacky characters; including the subject of this article, none other than The Soul King Brook.

Brook is a fairly tall lad; in fact he is so tall that he almost managed to make every single other character in One Piece look short. So, what’s Brook all about?

How tall was he before the times skip, and how tall is he now? Let’s find out!

How Tall is Brook before the Time Skip?

Brook looks like the skeletal spirit of Freddie Mercury! He is an extremely tall skeletal figure, standing at a whopping 266cm, which is 8 ft 8.5 inches.

He is now the second tallest member of the Straw Hat Pirates. Brook’s entire body is just a skeleton; however he still has an afro.

He wears very formal clothing, wearing a flashy dress suit, pants, along with a top hat and even a cane to look as gentlemanly as possible.

His cane isn’t just for the gentleness though, his cane hides a very long and very sharp secret.

Within his cane is a very sharp cane sword, resembling those of Victorian era assassins.

Not to mention, his clothes are tattered due to his body being left to rot for a huge amount of time.

How Tall is Brook after the Time Skip?

Now, after the time skip, Brook has gone through a tiny change. His clothes are fancier, cleaner and more high end than ever before, he quite LITERALLY looks like a rock star.

He wears heart shaped sunglasses now, with a yellow feather boa and a brand new top heat that has a giant crown on the brim.

The funny part is, despite being a skeleton; Brook managed to grow 10 cm in height; reaching 277cm which is 9 ft 1 in.

Brook is the lead musician of the Straw Pirate Hats, but he’s also one of their two swordsmen.

He goes on to become the ninth member of the crew, and also the eighth member who officially joins the crew after the Thriller Bark Arc comes to an end. Brook is technically a dead person, or undead to be precise!

He ate the Yomi Yomi no Mi and so, he was resurrected back to the world of the living after he had died.

Eventually, after a thorough amount of practice, he managed to learn more about his Devil Fruit which gave him the ability to control his soul and others’ souls.

His true dream is to reunite with his dear friend Laboon, at the Reverse Mountain where Laboon resides.