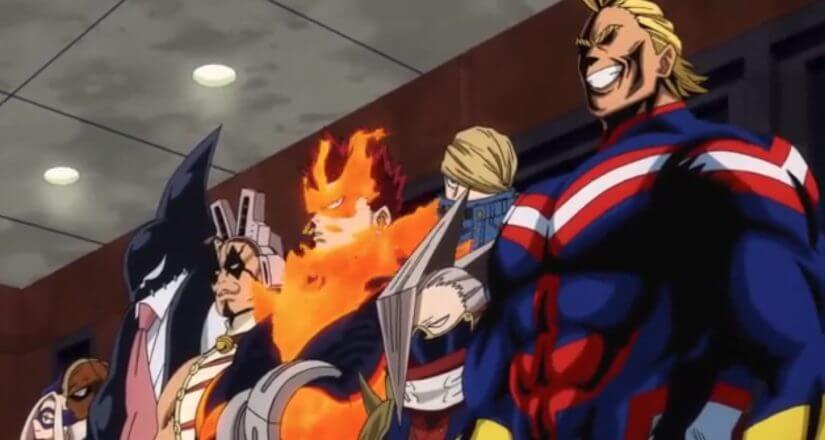 Who is the Number 3 Hero in My Hero Academia?

My Hero Academia’s heroes have a longstanding hierarchy. The original number one hero was All Might, and he served that role valiantly.

However, once All Might lost his powers and became a sickly man; the duties were transferred to the Fire Hero; Endeavor.

The number two hero is Hawkes. Hawkes is one of the most popular heroes in the world of My Hero Academia, and he does everything he can to help his fellow heroes out.

With that said, who is the number three hero? Hmm… Let me tell you!

Best Jeanist is the current Number 3 Pro Hero, he’s also the winner of the inaugural “Best Jeanist Award” for the past eight years. He is extremely proficient at using his quirk which is known as Fiber Master.

Jeanist can untether parts of his clothing, and use it as weaponries to dispatch his opposition and to save civilians. His special costume is completely made out of denim, which is the most powerful form of fabric that he can weaponize.

The other way he uses his quirk is to manipulate the fabrics on his allies, he uses this to save them from oncoming attacks and quickly evade any blows.

He lost one of his lungs in the battle against All for One in the third season of My Hero Academia.

He was originally ranked as the number four hero, however after All Might’s retirement; he got promoted to number three hero.

Jeanist has one of the most flamboyant personalities in the series; some would even go so far as to call him arrogant.

He believes that people of influence need to have a great physical appearance, in terms of clothing and personality.

He uses denim and jeans in his references a lot, often to give speeches and set his interns on the right path.

He always says that keep your eyes straight on the target, just like you keep your jeans straight. His favorite animal is the wolf, but I’m not sure if that information matters!

He doesn’t like individuals who are crass and rude; Katsuki Bakugo is an example. He takes Bakugo under his wing as an intern, just so he can fix his brutish behavior and turn him into a calm headed hero that he is capable of becoming.

Best Jeanist takes his role as a hero quite seriously; his selflessness, brevity and charismatic nature makes him one of the most influential heroes to look up to.

He even went ahead to take the full brunt of All for One’s attacks, just so he could make space for his allies to escape.

How did best Jeanist get injured?

Best Jeanist is ranked very highly, this means that he’s one of the most terrifying heroes to go up against for all villains. This was most prominent in the heroes’ fight against the League of Villains.

During the battle of Kamino, Jeanist restrained a couple of different Nomu. That’s not all either; he quite literally gave All For One a run for his money, and even managed to land a couple of heavy blows and restrain him.

However, that didn’t last very long as All For One quickly broke free of Best Jeanist’s grip and landed a full frontal attack. He was hurt quite heavily, yet he still managed to tolerate the pain just so his allies could get to safety.

Despite being completely underpowered against All For One, Jeanist had the guts to take him head on. However, that ended up being a poor choice as a powerful attack gave Jeanist a terrible injury that took him out of the battle completely.