Home » Attack On Titan » Attack on Titan – What is in the Basement? 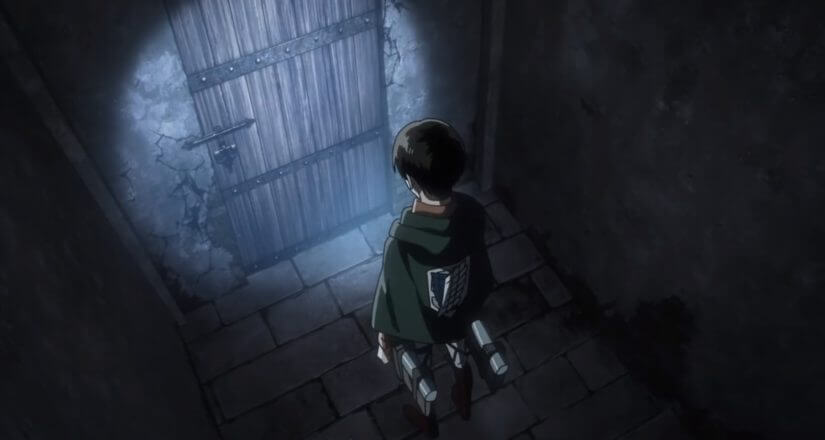 Attack on Titan – What is in the Basement?

Attack on Titan’s an extremely well written series, Hajime Isayama hasn’t left anything up for the viewers’ imaginations and has provided us with answers, foreshadowing and questions.

One of these larger than life questions, for the entirety of the first three seasons was “what is in Grisha’s basement?” This question was answered when the third season reached its conclusion, and it gave us an answer that would change the course of the series forever.

For better or worse, that is yet to be seen. Though we know one thing for sure; this was a chunk of information that we never saw coming.

Eren, Mikasa, Hange and Levi reached the basement near the very end of the third season of Attack on Titan, which is where they found not just a bunch of old photographs and diaries, but the truth about humanity and the world that they live in.

Hidden in a secret compartment within Grisha’s desk, the drawer had three separate diaries which explained his origin story and his journey from where he was; to where he has reached.

As it turns out, Grisha Yeager was a human that came from beyond the walls. The ‘truth’ that the government within the wall was saying, that all life outside the walls has died was a lie. It was a lie crafted by the King Fritz, humanity exists beyond the wall and it exists in strides.

It is revealed that a corrupt and cruel nation known as Marley, is responsible for the Titan attacks that had been done upon the people within the wall. Marley infuses titan spinal fluid within a people known as Eldians, and how they use them to attack Paradis Island (The place where the walled cities exist).

Grisha tells the story of how he sought freedom, and he paid the price for freedom which was his sister’s death, and his son’s hatred towards him.

Grisha hated Marley for what happened to him, and so he began to sacrifice quite literally everything he had just so he could free Eldians from the grip of Marley. He managed to retrieve one of the nine titans of Ymir; the Attack Titan.

The story then goes on to talk about how Grisha got to Paradis Island, and how he himself ended up becoming a doctor just to fit into this world and give birth to a child.

Later it is revealed that he used the Attack Titan to steal the Founding Titan from the grip of the royal family of King Fritz. He passed down both of the titans to Eren, right when he injected Eren with titan spinal fluid and let Eren consume him.

So, was Erwin right all along?

The basement had been a mystery since the very beginning of the series, ever since the very first episode. So yes, Erwin’s theory was exactly on point, he had figured it out yet he still did not have any confirmation.

There was indeed life outside of the walls. Erwin’s father had theorized that the King within the walls was able to manipulate the memories of his followers, all Eldians.

When a young Erwin showcased his interest in these thoughts, and later passed them onto his friends; his father was killed by the Military Police on the orders of the King.

This in itself confirmed Erwin’s theory, however Erwin wanted to know more and so he became a Scout, in search of the very truth that took his father’s life.

So, What is next for Eren?

Now that Eren knows that his brother Zeke was quite literally tortured and manipulated by his father, just to serve his own cause of freeing the Eldians.

Eren has no other hope but to reconvene with him. *SPOILER ALERT*, he does exactly that! He goes to Marley, and in classic Eren fashion; he attacks.

Attack on Titan: The Final Season returns for its second and final stretch of 16 episodes, this December.