Home » My Hero Academia » How old is Toga? 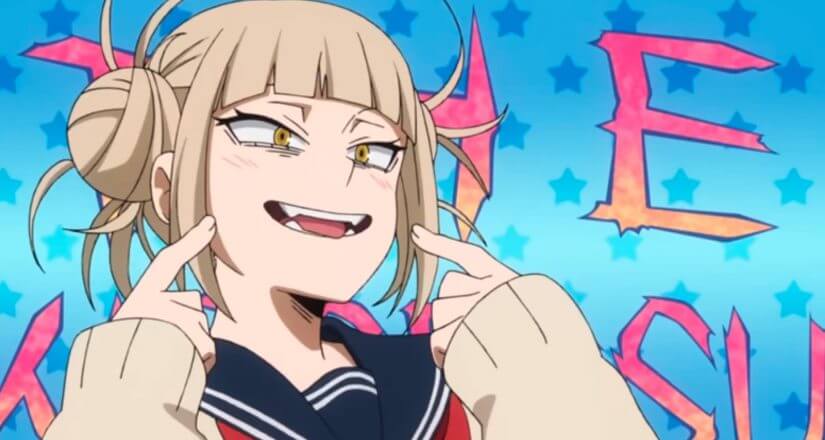 How old is Toga?

Toga is definitely a member of the league of villains that stands out from the rest.

It’s not only because she happily takes on fights like a psycho making her the Harley Quinn of my hero academia, but also because she is the youngest person in the league.

All these unique attributes about her makes the fandom wonder, “how old is toga?”.

The short answer to the question is that she is 17 years old. However, She makes her first appearance in the show when she was 16.

Why did she become evil at such a young age?

You can’t help but wonder “How old is Toga” along with the question, What made her go evil in the first place and why at such a young age?

As it is with all well-written characters, the reason has to do with her past.

From an early age toga expressed an abnormal tendency to get excited about blood, she once came with a dead bird to her parents and asked If it seemed cute.

Disgusted by her behavior, her parents told Toga to repress this abnormal tendency as much as possible.

This, however, doesn’t work out too well as she encounters a boy covered in blood after a fight.

The blood all over the boy manages to awaken her abnormal tendency once again.

Being excited by all the blood the boy was covered in, she kills him and sucks his blood.

This awakens a lust for blood inside Toga, a lust she had given into. She then leaves her parents, making sure to never come back again.

Toga’s quirk: The reason for her abnormality:

As people are amused hearing the answer to the question “how old is toga?” considering how young she is to be a villain, what’s even more interesting is her quirk.

Togas quirk is “Transform” and it gives her the ability to transform into anyone, but it does come with a catch. She can only transform into people whose blood she has sucked on before.

This quirk is the prime reason that leads to her obsession with blood from a very young age. It’s quite tragic seeing a young girl become a serial killer because of a genetic defect.

How old is Toga when she awakens her quirk?

The exact age when this happens is unknown, but it’s very clear that it was during her childhood and she has been alone ever since.

How old is Toga when her quirk evolves?

In the My Hero Academia series, quirks have a tendency to evolve. As a person grows and uses his or her quirk more and more, it can potentially evolve to become stronger.

In the recent meta liberation army arc of my hero academia, Toga discovers that she can also use the quirks of the person she transforms into. The extent to which she can do that is, however, unknown.

If she learns to master this power, it’s needless to say that she will become a formidable foe for the hero.