Home » Naruto » How does Naruto die? 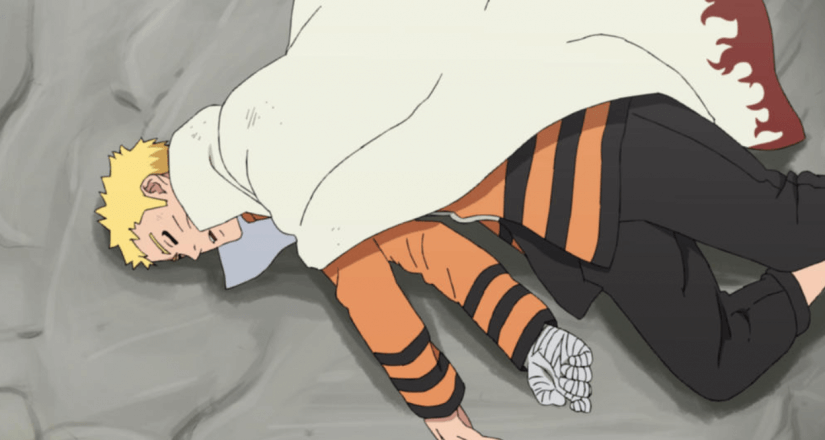 How does Naruto die?

This is a question that has been popping up on the internet ever since the release of Boruto. The first reason for it being is that Naruto is no longer the main character, so he can be killed. The real reason, however, is because it was teased in the very beginning of Boruto.

In fact, in the prologue of Boruto, we get to witness the following conversation between Boruto and kawaki:

“Boruto: I didn’t think you’d go this far, kawaki
Kawaki: I’ll send you where I sent the seventh Hokage Boruto”

Now, this may seem like a tease for the fact that Naruto may die in the future, but it can also mean that kawaki sent him to another dimension. Regardless of the truth of the matter, it’s still a tease of Naruto’s death.

Well, the answer is, fortunately, NO!

Up until the latest manga, there has been no confirmation of Naruto’s death.

Yes, Naruto has been going through life and death situations in Boruto, but there simply has been no confirmation of his death in the official manga.

Naruto vs Isshiki: the showdown in Naruto’s Baryon mode:

In chapter 52 of Boruto, people thought we would finally get to witness how does naruto die.

We were witnessing a showdown between Naruto and Isshiki, a fight in which both Naruto and Sasuke were being easily overpowered easily.

Eventually, Kuruma tells Naruto about Baryon mode, which could help them win the fight.
Kurama told Naruto how it works in the same way Fusion reaction does.

It’s essentially Naruto and kuruma mixing their chakra together to create a new kind of chakra that’s even stronger. Kuruma explains how this could result in death, however, Naruto decides to go with it.

It was after the release of this chapter, people began to think that Naruto’s death is certain. However, when the fight ends, kuruma reveals how he had tricked Naruto.

Then we get to witness the death of Kuruma and Naruto is left alive.

The time Naruto got Kuruma extracted from him:

This hasn’t been the first time Naruto got so close to death. In fact, during the fourth great ninja war, kuruma was extracted from Naruto. This should’ve theoretically killed him but he lived.

I wouldn’t like to get into the details, as the real reason behind him living was simply plot armor. Even though Naruto hasn’t died up until this point, we can’t deny that he just doesn’t have that plot armor anymore since he isn’t the main character.

To top it off, he also doesn’t have kuruma anymore, which makes him very weak.

Throughout the Naruto Shippuden series, we get to witness Naruto get out of very tight situations only because he has Kurama’s chakra to help him out.

Keeping in mind that Naruto doesn’t have plot armor, and knowing what kawaka said in the prologue(I’m referring to the line “I will send you where I sent the seventh Hokage”) honestly, I wouldn’t be surprised if Naruto dies sometime later.

As of what we have to this date, however, Naruto is fine and isn’t dead.

The sad part is that we might get the answer to “how does Naruto die” in the near or the distant future.