Home » Naruto » What is Naruto food? 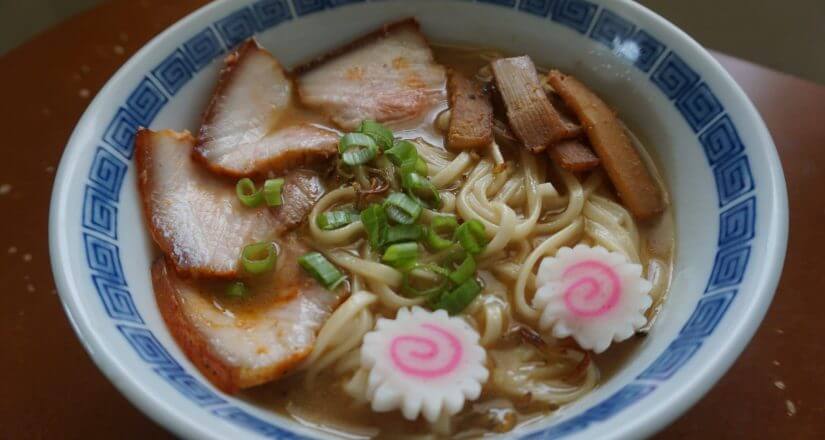 What is Naruto food?

When I think of the question “what is Naruto food” the first thing that comes to my mind is Ramen. If you’re someone who has watched the series Naruto in even the slightest, then you know very well that his favorite food is Ramen.

We see him multiple times eat a bowl of ramen throughout the show. In fact, I don’t think I can remember him eating anything else from the show. However, the more accurate and real answer to the question is actually “Fish cake”. Yes, you read that right, Fish cake.

Naruto is commonly used as a topping in the famous Japanese food ramen. Since Naruto’s favorite food is ramen, it’s fitting to see the main character named after one of the ramen’s ingredients.

The Answer to the question “what is Naruto food” raises a lot more questions which is why we’ll be going over them one by one.

The origin of Naruto and why is it called Naruto.

However, luckily for us, the answer to the question “why is it called Naruto” isn’t shrouded in as much mystery. In the southern part of Japan, there is a small channel of water between Awaji Island and Shikoku, which is known as the Naruto strait.

Naruto is named after the Naruto strait, and the pink spirals on them are meant to represent the strait.

Why is Naruto used as Ramen topping?

Now that we know what is Naruto food, its origin, and why is it called Naruto, we have to wonder why is it used as a topping in Ramen.

Naruto isn’t a vital aspect of the dish, as a matter of fact, aesthetics is the primary purpose of Naruto in Ramen.

Originally, when ramen wasn’t introduced in japan yet, Naruto had been used as a topping for the Japanese soba noodles.

So when Ramen became more popular in Japan when it came from China, the Japanese started using Naruto as topping on ramen as well.

As we’ve learned before, Naruto is actually “Fish cake” but if you’ve never been to Japan then the first thing that probably came to your mind after hearing that is “what is a fish cake and what does it taste like?”

A fish cake is basically a paste made of fish, and then later solidified by heating it. Its taste is mild fishy which complements the broth of the ramen quite well. It was to be expected as it is quite a famous topping on ramen.

As a Naruto(the anime) fan, you must want to try out some Narutomaki by now. Well, you’re in luck because they can be found in just about any supermarket both in Japan and abroad.

However, if you’re a perfectionist looking for the best Naruto money can buy, you’ll have to travel to Japna and visit the town of Yaizu in Shizuoka, where 90% of Japans Naruto are made. This is definitely the best place to get your perfect Naruto.