Home » Naruto » When does Naruto become a Chunin? 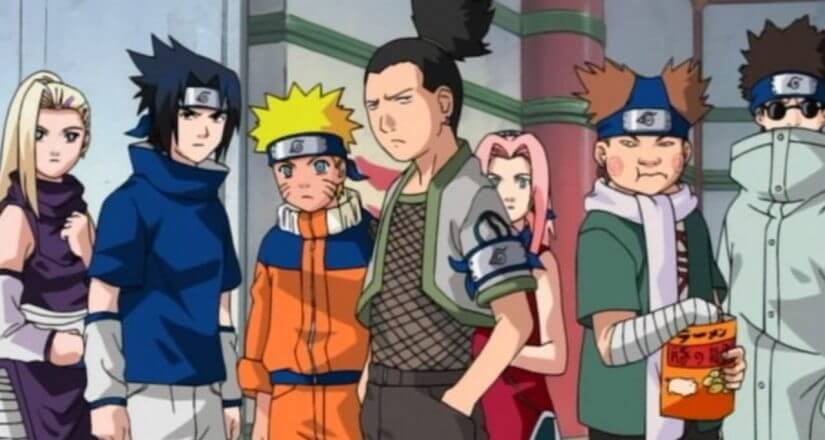 When does Naruto become a Chunin?

Naruto has always been an ambitious little hero, straight from the very beginning of the series. His dreams have always been to reach Chunin, then Jounin and then Hokage status as fast as he can and as soon as he can.

Naruto has never shied away from trying his hardest to achieve his goals, he trains an unlimited amount and masters his chakra reserves just so he could finally become Hokage.

At the end of the series, the series’ creator Kishimoto does give fans what they wanted. Naruto as the Hokage of Konohagakure, but there’s a thing that fans never noticed.

Naruto wasn’t a Jounin, he wasn’t even a Chunin. He was the very first Genin-Hokage.

Every time you see anyone asking Kishimoto how Naruto become Hokage at the end of the series despite not having the Chunin or Jounin rank, he laughs it off but recently he spoke to Cinema Today.

Naruto defeated Kaguya with the help of Sasuke and saved the world from all evil by the end of the series, yet there was still no mention of him ever gaining the Chunin rank before he was inaugurated as the Hokage of Konohagakure.

According to Kisihimoto, this is because Naruto never went above his Genin rank.

During an interview with Cinema Today while talking about Boruto and the next generation.

He was asked why Naruto’s Jounin exams were never shown to be a focus, he replied that because Naruto never reached that point. “Naruto didn’t become a jounin. He became Hokage as a genin,” he explained to the fans.

He even went on to explain that Sasuke didn’t up his ninja status after his rogue ninja phase either. “Sasuke is not a jounin or chuunin either, but rather, since he left the village, he is a nukenin.

That’s enough for them, but I thought that having him suddenly go from genin to Hokage would be amusing and Naruto-like.” Said Kishimoto.

Naruto’s prowess as a shinobi is so high that he didn’t even require an official Chunin or Jounin rank to become the Hokage in the series.

This compliments his character’s surprising nature where he does things that you could have never predicted and things randomly happen to him, some good while some pretty bad.

The character of Naruto builds up until he finally manages to learn everything that he has to learn, going so far as to become one with Kurama, the nine tailed fox demon that lives within his consciousness. However, Naruto’s willpower and strength allow him to win even that beast over.

So, there you have it. Naruto became such an accomplished character by the end of the series that he did not even require gaining a Chuunin or a Jounin rank. Instead he jumped straight to the rank of his dreams, becoming the Hokage.

Naruto’s Hokage era is shown in vivid detail in the Boruto series, so if you’re craving some good Naruto content make sure to check that series or manga out!