Home » One Piece » Which Episode Does Luffy Fight Doflamingo In? 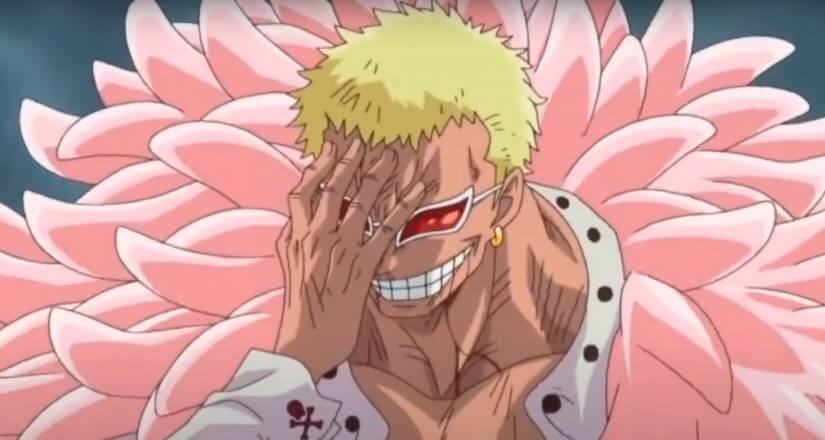 Which Episode Does Luffy Fight Doflamingo In?

What praises can we say about One Piece that haven’t already been said, the series has been going on for more than two decades at this point and has millions of fans in every single corner of the world.

It is the most heavily translated series ever, with probably the most episodes out of any and all anime too!

The series has gone on for over 980 episodes, and it still goes on stomping the competition to this day!

This show has absolutely everything going for it. So, it’s bound to be jam packed with moments that are not just memorable, but nostalgia inducing. One of such moments is the battle between Luffy and Doflamingo.

This was a revolutionary moment in the series, which certified both Luffy and Doflamingo as some of the highest quality of characters ever written and portrayed to the small screen on the show.

So, what episode did the battle take place in? How did the fight start and what was the after math of this fight? Let us explain!

What Episode Does the Fight Take Place in?

The fight takes place in the much more developed, post time skip era of One Piece. This episode aired during the ninth season of the massively popular series, and was numbered at Episode 733.

The episode was very aptly titled as “Attack on a Celestial – Luffy’s King Kong Gun of Anger”, and it showcased a new side of Luffy that we had never seen before!

How Does The Fight Start?

The fight actually begins in Episode 722 when Doflamingo on purpose; shrinks the Birdcage and causes the citizens of the Dressrosa to incite panic. Luffy begins fighting Doflamingo then.

Cut to episode 733, and Luffy’s badass powers come to never before seen heights as he takes on Doflamingo by himself without anyone else’s help!

Gatz announces that Luffy has come back, and the people of Dressrosa begin to cheer him on, hoping that he can take Doflamingo down and give them the safety that they have been yearning for.

What Happens in the Fight?

Luffy and Doflamingo consistently exchange heavy hits with one another, doing as much damage as they possibly could to each other.

At one point however, Doflamingo manages to attach his strings onto Luffy and captures his body’s controlling functions.

This is when Luffy transforms into the Gear Fourth and breaks free of Doflamingo’s strings, afterwhich he starts to take countermeasures and fights aggressively.

During the fight, Luffy unleashes his new special move titled “King Gong!” Doflamingo tries to counter it with his Sixteen Holy Bullets special attack, and as the two attacks collide; Luffy breaks through his attack and does an insane amount of damage to Doflamingo.

What is the Aftermath of the Battle?

Doflamingo falls to the ground, tired, beaten and utterly defeated, he is now incapacitated on the ground while Luffy emerges as the victor of this insanely high octane.

This fight showed us a side to Luffy’s resilience that we had never seen before, cementing Luffy D. Monkey as one of the greatest pirate legends that had ever sailed the seven seas.