Home » One Punch Man » What Episode is Saitama VS Genos? 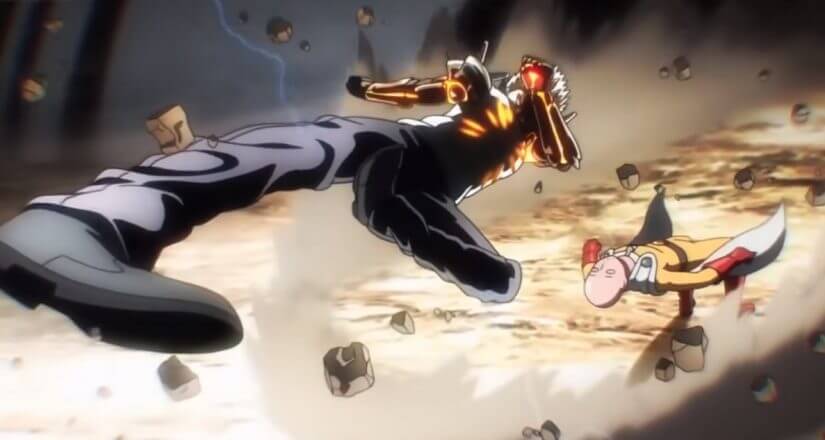 What Episode is Saitama VS Genos?

Ah yes, the shenanigans of the popular One Punch Man have indeed been the highlight of some of us’ anime favoritism.

How could we not fall in love with a superhero who is literally tired of being a superhero, but not because of any malicious intent, instead because he’s so strong that he cannot find a challenge in the world anymore.

This is what makes One Punch Man such a fun series, seeing the creative ways that Saitama’s opponents come up with to find ways in just doing damage to him.

It is a highly creative series in that regard, and each battle is some of the funniest content that you could find in all anime ever.

One of such fights happens at the very beginning of the series, between One Punch Man Saitama himself, and his trusty side-kick Genos. Genos is an extremely powerful hero in his own right, but we all know that Saitama’s power knows no bounds.

So when this fight actually did take place, what do you think was the outcome? What episode did it take place in? And what was the aftermath? Let’s find out!

The episode is titled as “The Ultimate Mentor”, which indicates that Genos and Saitama will share a great bond after the events that will occur in the episode.

How does the Fight Come to Happen?

After the National Hero Registry Exam, the hero agency that they both work for wants to tests the limits of Saitama’s strengths. This is how the sparring comes to happen, in a way to test the legendary One Punch Man’s overall prowess.

This means that not just Saitama’s strength will be tested, but his intelligence, his speed, efficiency and even his will and motivation.

The hero Genos and a student of Saitama asks to challenge the One Punch Man. Genos takes a stand against him in the sparring challenge and the battle begins with Genos going at Saitama with full power.

One thing to note about Genos is that he is an incredibly strong hero in his own right… There are characters in the series that can defeat him, Saitama included; but fans of the manga and the anime both know that he is extremely strong.

Genos aims to one day surpass the power, speed and agility of his master One Punch Man.

What Happens After the Fight?

After the fight concludes and Saitama clearly demonstrates his overall prowess, they both head over to a restaurant to get some food!

During this lunch session, Genos is approached by a Class A Rank 1 hero known as Sweet Mask.

Sweet Mask meets with Genos and tells him that he would make a great hero one day, and what would be expected of him once he becomes one of the best of the best!