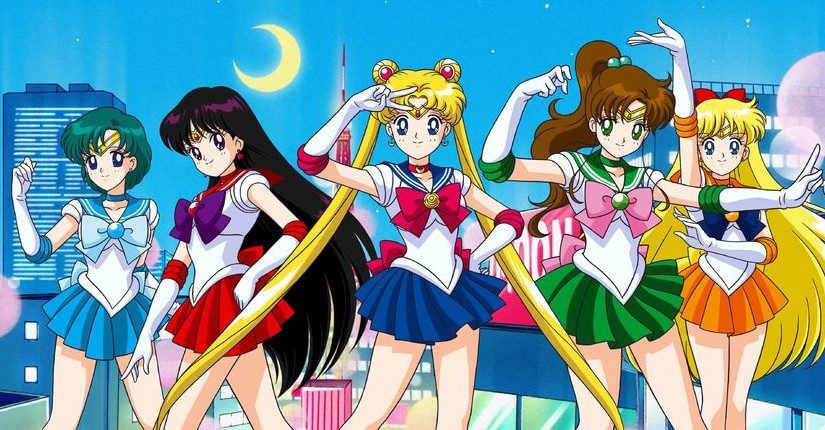 When was Sailor Moon made?

Sailor Moon or as it is known in Japan as “Pretty Soldier Sailor Moon”, is one of the most iconic characters and series that have emerged from Japan.

It’s a franchise that just keeps on giving, even in 2021. It’s a series that was created decades ago, by an insanely talented artist named Naoko Takeuchi.

Her work with Sailor Moon has garnered her everlasting fame, and has made her a household name in Japan that young artists strive to become.
So, when did Sailor Moon first hit the shelves, or broadcasting networks?

Well, that’s a hard question to answer but we’re here for you. Since Sailor Moon has so many different adaptations, we’ll let you know about each and every single one of these adaptations and when they were first released! Let’s get right into the article.

When did Sailor Moon Manga release?

Naoka Takeuchi originally wrote and illustrated the manga Sailor Moon in Nakayoshi Magazine in December of 1991, and ended the run on 3rd of February in 1997.

There were also side-stories that she wrote; these were released alongside the official canon manga run in the RunRun Magazine.

Once the run was finished, all 52 of the canon manga chapters were collected in 18 tankōbon volumes by Kodansha.

Six years after the run had ended; in 2003 these chapters were again released in a 12 shinzōban volume format just in time for the live action series’ release.

They renamed the manga as Pretty Guardian Sailor Moon, and reworked a lot of the blemishes in the art and dialogue upon release.

When did the original Sailor Moon anime release?

March 7th 1992 is when Toei Animation released the first episode of the 200 episode series, titled Pretty Soldier Sailor Moon. The premier of the series broke records in TRP on Japan’s network TV Asahi.

The series started from March 7th 1992 and ended on February 8th of 1997. It ran for a total of 200 episodes and was a humongous popular culture icon not just in Japan, but also outside in North America and the rest of Asia.

July 6th 2012 was the day that Kodansha and Toei Animation once again took the helms and were ready to reboot Sailor Moon for a brand new generation. Nearly 15 years after the original series’ end.

This series was created to coincide with the 20th anniversary of the series, and it would become one of the most beautiful and closely adapted anime that Sailor Moon has gotten to date.

A third season was then announced, titled Death Busters which was based on the Infinity Arc of the manga. Death Busters started broadcasting in Japanese households on April 4th of 2016, which was then followed up by Dead Moon.

Dead Moon was based on the highly popular Dream Arc in the manga. This fourth season was then continued as a 2-Part anime film project set to hit theaters. Titled; Pretty Guardian Sailor Moon Eternal: The Movie, Part was set to be released on September 11th of 2020, but was postponed due to Covid and slow work schedules to January 8th of 2021. The second part released right after, on February 11th in 2021.