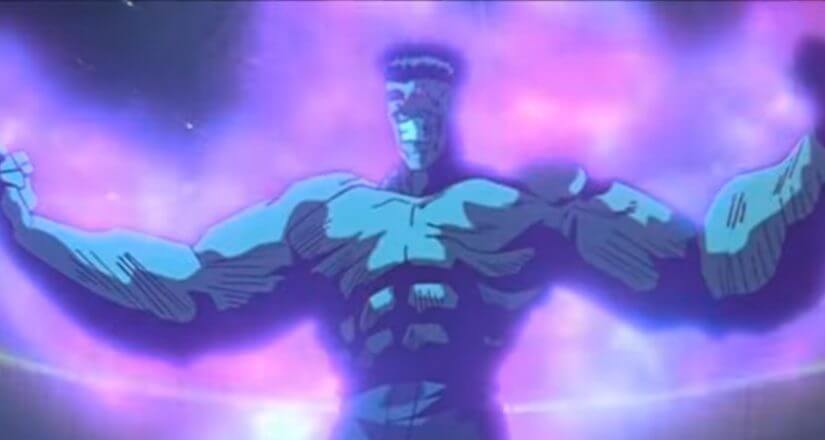 When Does Younger Toguro Go 100 Percent?

One thing about Yu Yu Hakusho that can never be understated is the sheer quality of action that this series has managed to accumulate over the years.

Every single battle in this series is of top-notch quality, and what makes this even better is that the series’ characters are consistently adorable so we’re attached to them.

We care for the outcome of every single fight, and we care for what happens after the fights. This complication is what makes the fights even more thrilling than ever, and that is what gives this show the edge over many others.

It’s a small series, with only 112 episodes in total but every single arc that it shows is a banger. So, when a major antagonist such as Toguro goes fully 100 Percent in terms of power in the series, we were scared!

What episode does Toguro go 100 Percent in? how does he get to that point and what happens afterwards? Let us explain!

What Episode Does Toguro Go 100 Percent?

Younger Toguro finally unveils his full 100 Percent Power in the 62nd Episode back in the third season of Yu Yu Hakusho the anime!

The episode is directly about Toguro’s full power, hence it is why the episode’s title is “Toguro’s Full Power” or “Toguro’s 100 Percent Terror!”

This episode focuses a bunch on Younger Toguro’s overall arc, and serves as one of the final climaxes for the Spirit Detective Saga. This arc shows Younger Toguro at his highest power, and at his lowest point.

How Does Toguro Go 100 Percent?

After enduring the powerful Enhanced Spirit Gun attack by Yusuke, Younger Toguro returns to the stadium.

Younger Toguro then goes on to express a huge amount of disappointment, stating that he had hoped that Yusuke would be much stronger than just that.

Now with this back against the wall, Yusuke has no other option but to remove the Spirit Cuffs that were given to him by Genkai.

Now that the cuffs are off, Yusuke unleashes all of the power that he has accumulated till now, and surprises Younger Toguro with a flurry of attacks that he had never seen coming.

However, Yusuke gets spooked by the eyes of Younger Toguro. He gets up off of the floor, and reveals to Yusuke a transformation so terrifying that he has no counter to it.

This is when Younger Toguro shows his full 100 Percent power, and this power increase is so significant that Yusuke can’t do anything against it! He was literally doing damage to Yusuke with just a flick of his finger, he sent him flying with each hit.

What Happens After Toguro Goes 100 Percent?

The arc eventually ends as Younger Toguro uses up so much of his energy that he ends up draining himself of all the power that he had accumulated over the years.

Younger Toguro’s muscles begin to cramp up as he finally absorbs the final hit from Yusuke’s Enhanced and most powerful Spirit Gun hit yet, he then collapses on the ground and instantly meets his demise.

Yusuke wins the battle, coming out as the winner.